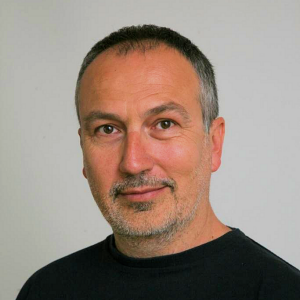 FELLOWSHIPS AND AWARDS (only more important awards are listed)

REVIEWING AND OTHER PROFESSIONAL ACTIVITIES

I am also a member of Slovene Biochemical Society (member of Awards Committee, in past also of Honorary Court of Arbitration and Board of Control), EMBO Fellows Network, American Society for Biochemistry and Molecular Biology, American Association for the Advancement of Science.

I am one of the world leaders in protease research, especially in the cysteine cathepsins area where I have over 30 years of experience. In the last 10 years, I have pioneered protease-based targeted drug delivery, thereby changing the paradigm that proteases are only useful as drug targets. In addition, I have pioneered several different approaches in protease cancer imaging by small molecule-based NIRF as well as DARPins, which was the first ever by an AB-like molecule. I was also the first to demonstrate that it is possible to use even endogenous cathepsin inhibitors for imaging cathepsins in cancer. I was coordinator of one of the first EU FP projects dedicated to protease imaging in disease (FP6 Livimode, 2009-2013), which established several novel principles in NIRF imaging of proteases. The first was the reverse-design principle based on turning a med-chem optimized protease inhibitor into an imaging agent, whereas the second was applying the principle of small molecule protease NIRF substrate conjugation to a lipid or a polymer to improve body retention for improved imaging. In total, I have published around 200 original or review articles and book chapters, which have been cited over 19500-times in Web of Science (over 24000-times in Google Scholar). My H-index is 60 in Web of Science (65 in Google Scholar). Among these, were invitations for numerous review papers in prestigious journals (e.g. Nat Rev Drug Disc (in 2006), Ageing Res Rev, Trends Pharmacol Sci, Trends Biochem Sci, EMBO J, Matrix Biol., etc.).